Heathcott has come to realize a few truths that she shares with other entrepreneurs. “I’m what you would call a recovering perfectionist,” she says. “You’re just not going to know all the answers. You’ll make decisions that are good and bad and sometimes you get so clutched up over whether it’s the right thing to do — and it may not be."

While some people know from their first waking moment that they’re going to be entrepreneurs, others probably didn’t give it a thought until destiny gave them a push.

Kim Heathcott is one such late bloomer. She had a career in finance, living in Texas for 10 years and then moving back to Memphis, her hometown, still in the banking trade. She was contemplating retiring and staying home with her children, but her husband, Larry, told her one day, “I think you could start a company.”

Heathcott told him she’d think about it. “I tell people I’m a reluctant entrepreneur,” she says, “because that was not a dream of mine in high school.” But she did her due diligence and decided to give it a whirl.

“My husband had a little bit of exposure in the security business,” she says, “and when I looked at it, I saw that Memphis is a great security town. From the logistics distribution industry that’s here, there were market dynamics that I thought were appealing. There were opportunities and it was not a business that a lot of new entrants had come in. So I thought maybe we could come in there.”

Even if the conditions were favorable, Heathcott knew she still needed to...

Click here to read the full article in Inside Memphis Business magazine. 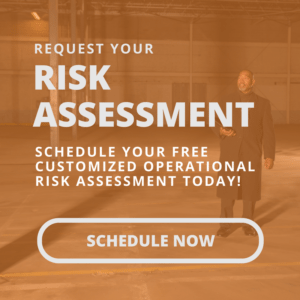